The gradual phase out of R22 was completed on 1st January 2015. If you want some more information about the R22 ban, then please scroll through our FAQs or use the titles below as a shortcut.

Should I replace my R22 System?

How do I know which is best?

Alternatively, contact us any time and ask us any questions you have directly.

R22 is one of a group of hydrochlorofluorocarbons (HCFCs) that are used as a refrigerant in some older air conditioning systems. If your system is around ten years old or more, then the chances are you’ll be running on this type of refrigerant.

Through a series of chemical reactions in the upper atmosphere, HCFCs like R22 are known to deplete ozone, a gas that forms part of the protective layer around the planet, notably over Antarctica. This in turn has various environmental and biological effects.

The observation of these effects led to a voluntary agreement between world leaders to reduce the release of these harmful gases (called the Montreal Protocol). Over a number of years, and in stages that give industries plenty of time to adapt, they are being phased out in favour of less harmful alternatives.

You can choose to continue to run your system; however, you cannot legally top up the refrigerant unless you have it converted to accept a substitute. With this in mind, you may want to consider replacement while the control over your system is still in your hands.

A system that runs on R22 may still legally operate after the ban. However, it will not be legal to add R22 of any kind to it – reclaimed, ‘virgin’ or otherwise.

Legally, then, you do not ‘need’ to remove it from your AC equipment. However, the potential to be stuck without air conditioning if your system breaks, means you may consider it worth changing.

Should I Replace My R22 System?

As discussed above, if you want to leave your current system in place then you may. It is also possible to convert your existing system to accept a new refrigerant type. There are several factors to bear in mind when considering your R22 replacement options, however:

How Do I Know Which Is Best?

Depending on your system, it could be that conversion or total replacement could be the best options for you. There are a lot of cost, environmental and convenience factors to consider.

Talk to us to get an opinion that takes the circumstances of your business and building into consideration. 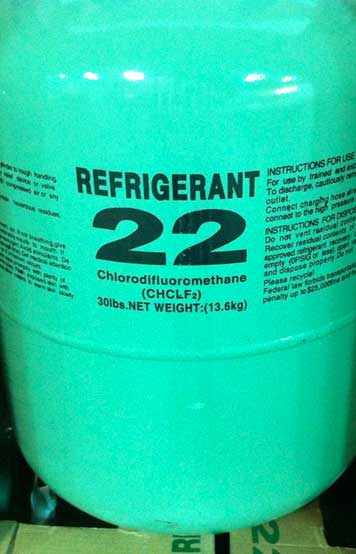